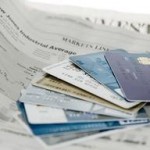 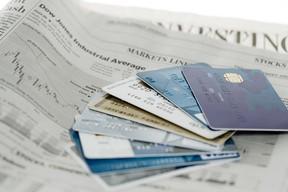 Switch on the TV and you are bound to be bombarded with economists and those with serious knowledge of the finance industry, pontificating on national debt and their indignation at it – and rightly so. However, in all these financial analyses, the not so enlightened viewer is left wondering where he forms in part of this picture. Or does he take an apathetic approach completely?

So, how does it affect us as citizens? The not so attractive fact is that it is the public who have to bear the brunt of the government’s misspending. It means higher taxes so that the government can pay the interest owed, or it will cut on spending on public welfare schemes – which would include key areas like education, health and infrastructure.

The other effect of course is the cost of borrowing. Those who have high income levels annually get loans at a regular interest rate, whereas individuals who fall in the lower income bracket will be charged a higher rate of interest, as the banks compensate for such individuals deemed as high risk. The same principle is applied to governments, when the national debt rises with higher interest rates for the government, it in turn increases our rate of interest, as the government rate is the baseline for all other interest rates.

This leads to people turning to alternative sources of lending like payday loans which are out of the largest lenders to private individuals in the country. One of the top lending company’s, openwonga.com shows a customer base of over 7 million and it is growing exponentially. This is due to a dramatic rise in the cost of living, which has skyrocketed with less value for more money spent. This means a higher mortgage rate which reduces the number of people who can afford to buy houses. If demand for houses dip because of higher costs, then eventually the housing market compensates in a downward spiral, which does not augur well for those already owning property. All of this leads to us feeling poorer and spending less.

Other areas we see an impact

Those are just the direct repercussions! There are numerous other areas where the consumer has to take a beating. Businesses are affected as the more they borrow, the higher amount they have to payback. This could lead to a rise in costs where businesses increase their prices known as “cost-push inflation”. Higher price for products means lower purchases by consumers.

This could lead to businesses being unable or unwilling to invest in new technology, which would mean the end user, the consumer, not having access to the best products using the latest technology. As businesses will be affected, their profits are likely to decrease even if they raise prices, because of higher costs of production. This would affect their market shares which would in turn affect any pension funds linked to them.

If borrowing gets too expensive, especially for new businesses, they may not be able to take off at all. In such a situation the government moves in to fill in the vacuum by providing services or goods needed. The downside is that the government uses resources less efficiently and effectively as compared to businesses, which are driven by profit. This could lead to a decrease in quality of services, along with complex documentation and a maze of bureaucracy, which does not really help the public. It makes people realise that actually having private enterprises is a far more effective solution.

So, in summary, national debt can lead to a host of problems which directly impacts us, the public. Can we make a change to it? In part, yes. We can of course vote in local elections to help decide on the next Government. You can also read national newspapers and take part in the open discussions and forums to take a more active role in what is going on in our country. Politics and national debt isn’t just for politicians- it affects all of us. Understanding the basis of the issue is one step towards taking part in the national, political discussion and knowing where you stand as an individual living in the UK.