I  own 10 options to call @ $1.00 by Jan 19th, 2013. This is an “in the money” option, so everything that this stock goes up is a leveraged gain. The result is I am now up 8.3% on this transaction, but I remain long and have decided not to sell. I believe this stock has much more room to grow.

I’ve said it before and I’ll say it again, all Sprint Nextel has to do is slightly turn things around and generate a tiny EPS to make this stock an absolute deal. The current market valuation is $7.55B, which I would argue is insane.

I understand the market doubts Sprint Nextel Corporation’s ability to generate net income, but their ratios are very favorable when comparing to other carriers. AT&T’s market cap is rough 22.5x’s sprints, but their revenue is only 3.22 times as big. 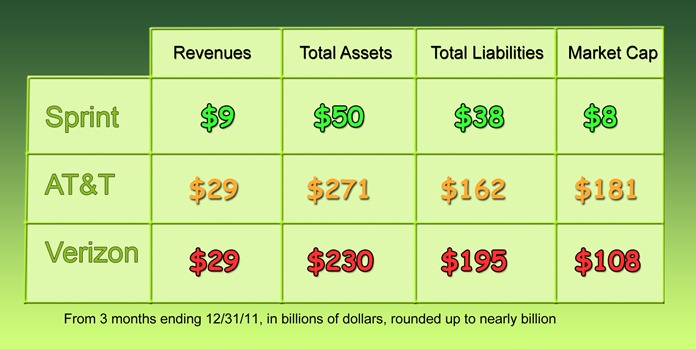