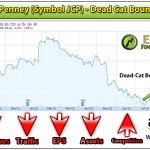 Revenues, EPS, traffic, and gross margins are all down. I for one am short on JCP.

The “nay-sayers” will say that their restructuring deal was a four-year plan, but frankly I feel like the results should have been extremely more positive in the short-term to have any chance of bearing fruit long-term.

How bad is it? I would argue it’s really bad.

I could go in to more detail about margins, but those numbers are enough alone to be justification of a short to me, but then again I’m bias. I hate J.C. Penney , Kohl’s, and Macy’s. We went through the cycle of coupons and discounts and now we are into reinventing ourselves similar to Target? I’m not buying it.

J.C. Penney is a dying company to me. Increased competition and what I would call the “dying age of the mall” will slowly push a lot of retailers out of the game. I admire J.C. Penney for trying the restructure, because honestly they didn’t have much choice if they wanted to continue long-term, but what exactly do they have going for them? 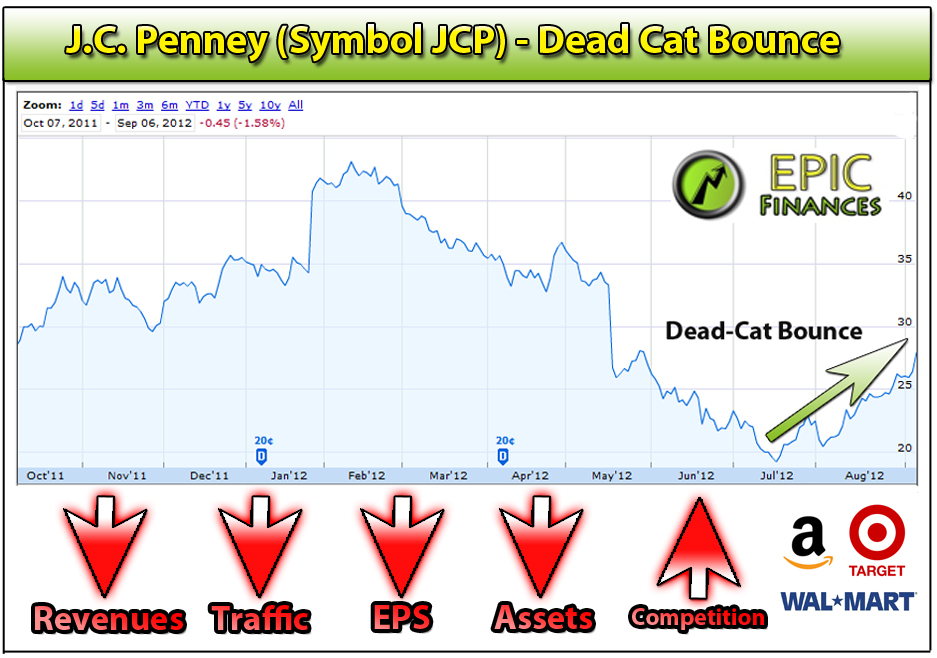 I would say the only thing that can save J.C. Penney now is quality of product. I’m not going to get into specific brands, but I believe J.C. Penney is still viewed as having higher quality than competitors like Walmart and Target. I’m not sure that will stand the test of time, but quality of product should Jcpenney’s future and things might get ugly when it comes to advertising (bashing competition or implying inferior competitors).

Then again, I just don’t think J.C. Penney  will focus on quality, and ultimately it will become a thing of the past. If I was long on retail, I would consider target (Symbol: TGT) if it got back down in mid to high 50’s. Although I personally hope target goes up, so I can short it on resistance. When it comes to Macy’s and Kohl’s, as much as I personally hate them both, their Year on Quarter revenues did not suffer like J.C. Penney’s. I view them as an avoid or potential short (again trading on resistance).

Could J.C. Penney rally? Of course, but I currently believe it is more likely to fail than succeed, and that is enough for me to take action. I can tell you one thing though, You won’t find me shopping there.

Disclaimer: Although I personally have taken a short position on JCP, my opinion and this article should not be used for any decision making of any kind. Always consult a professional before investing.