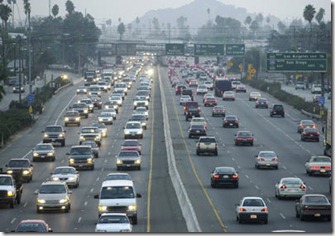 Times are tough right now and people tend to settle for less than favorable jobs to make ends meet, but when is a long commute a financial or emotional deal breaker?

Would it be better for you to say no to an offer to find more nearby employment? That is a personal decision, but maybe you should take a look at some of the numbers below before saying yes to a low to mid salary range job with a large commute.

Just for the record – I take the bus a lot.

Now lets do some numbers:

So if you are driving 30 miles each way its costing you $4,355 of after-tax money and 272 hours (11 and a 1/3 days) on the road. On the bright-side if you have no other means than your car to get to your place of employment there are tax benefits. Regardless, a long commute can cripple the financial rationale for taking a job. If you spend 30 years at this job that is a 30 mile commute you will spend almost 1 entire year (340 Days) on the road and spend $130,650 or more on your commute.

Remember all of these are after-tax amounts – so your $40,000 job might only have a take-home of $29,000 after insurance, taxes, retirement contributions, etc) – so that 30 minute commute just ate up over 15% of your take home income – scary stuff.