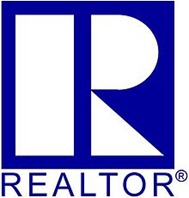 The Housing Market in 2012 is recovering, or so the National Association of Realtors said today in a report that stated home resale numbers are through the roof and available inventory is at a seven year low.  But how heavily should you weigh this report in your decision making? I would argue that is is about 99% complete propaganda.

Now of course when the National Association of Realtors is advising that housing is strong, you probably realize there is a strong conflict of interest. Are there signs that the housing market are getting better, I would argue nothing is concrete.

Taking a look at the numbers in the report released, the claim is that existing home sales increased 4.3% to an annual rate of 4.57 million for last month (which would be the highest since May 2010). But if you keep reading, you will find out that there is a major revision. In December this same association reported an annual rate of 4.61 million (which would have been higher than last month’s numbers), but they are revising this number down. If that 4.61 million would have been correct for December, it would have been an increase of 5%. The revision this month put December down all the way to 4.38 million units, which is a loss of .5%.

The only thing this report really has done is make a headline and discounted what little believability the National Association of Realtors had left.  The headline should have gone to the revision and not to the propaganda for this month.

So what should we use as an indicator of a housing market in 2012 and onwards? That’s a tricky question, but it most likely is going to be a combination of both sales volume, sales price, and interest rate macro trends. If you think about it, interest rates might be the only un-biased indicator we truly have.

If money is cheaper to borrow and people are not taking advantage of it, most likely it’s a fairly weak market. If people start borrowing and purchasing homes, the interest rates are likely to increase.

Anyone else feeling confident in a true housing recovery in 2012? Because I certainly am not.