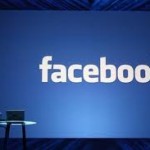 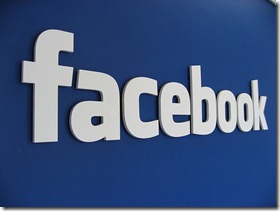 Facebook’s stock is completely overpriced and overhyped. Not only does it have terrible fundamentals as  a long term investment, but there are countless threats that jeopardize it’s short term growth. I would argue that Facebook’s stock as it is stands is the equivalent of this analogy. A comic book stock sells a #1 comic of a new super hero and says “The comic book will be worth $5,000 or maybe more in 10 years, so we will sell it to you for $5,000 today.” Facebook’s growth in value is already built into the price.

Facebook has a P/E of 102.13, which is simply disgusting. If you are going long in Facebook, you have abandoned fundamentals and logic. Could Facebook go up to $40 or $50 a share in the coming months? Absolutely, but not because it’s a smart, fundamentally sound investment.

When was the last time you click on a Facebook ad? I myself have clicked on one ad by mistake in five years of use. I immediately closed the site for the ad that I had accidently opened. Did Facebook make money on that click? Yes, but it wasn’t effective advertisement, at all. Internet advertising is incredibly ineffective, and people are starting to finally wise up to that. GM in fact, dropped it’s advertising with Facebook shortly before Facebook’s IPO.

But there is more reason for concern about advertising on Facebook, it’s not only ineffective but  it’s counterproductive. The more ads, the more people will dislike Facebook, it’s a balancing act (resistance to revenue generation). Facebook also has identified that a lot of it’s traffic is going to mobile platforms, where their advertising is even weaker.

Did I also mention that Facebook might turn out to be a fad, and that people are wising up to Facebook collecting personal information on it’s users? Plenty of reasons to avoid Facebook unless the price is right. So what price would be “right.”

Did you know that Facebook had only $0.06 Diluted Normalized EPS last quarter? I weight my stock decisions heavily on their P/E, and normally people point to “twenty or less P/E” as being a good standard for judging investments. If Facebook was trading at $10 a share, it  would put the stock’s P/E at 32. Still a bit high, but there is still a small chance that Facebook might find a way to ramp up actual net incomes, so maybe the rule of “twenty or less” is a bit conservative in my eyes.

Was the IPO a “complete flop” as many writers have stated? Well that depends on who you are asking. If you were the set of a lawyers and accountants that were asked to take the stock to the open market, you nailed it. You allowed many high profile players to cash out their stock at completely inflated prices. If you are asking the people who bought the stock at $35 or higher, yes this was a “complete flop.”

I await the option chains to open up for this stock, because I am certainly shorting Facebook.