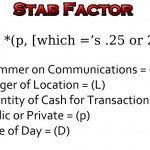 What not to buy or to be worried about on Craigslist:

Go to Next Page.